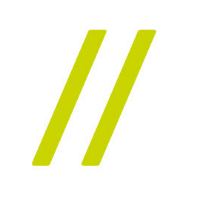 "Process is only a second-order effect. The unique people, their feelings, qualities, and communication are more influential. Some problems are just hard, some people are just difficult. These methods are not salvation." - Agile methodologist Alistair Cockburn

"If it ain't broke, don't fix it. If your organization is applying a waterfall-oriented or any other process it has high success rates with a good productivity, don't change. Adopting an iterative or agile method should be motivated by a challenge, not method du jour fads." - Craig Larman